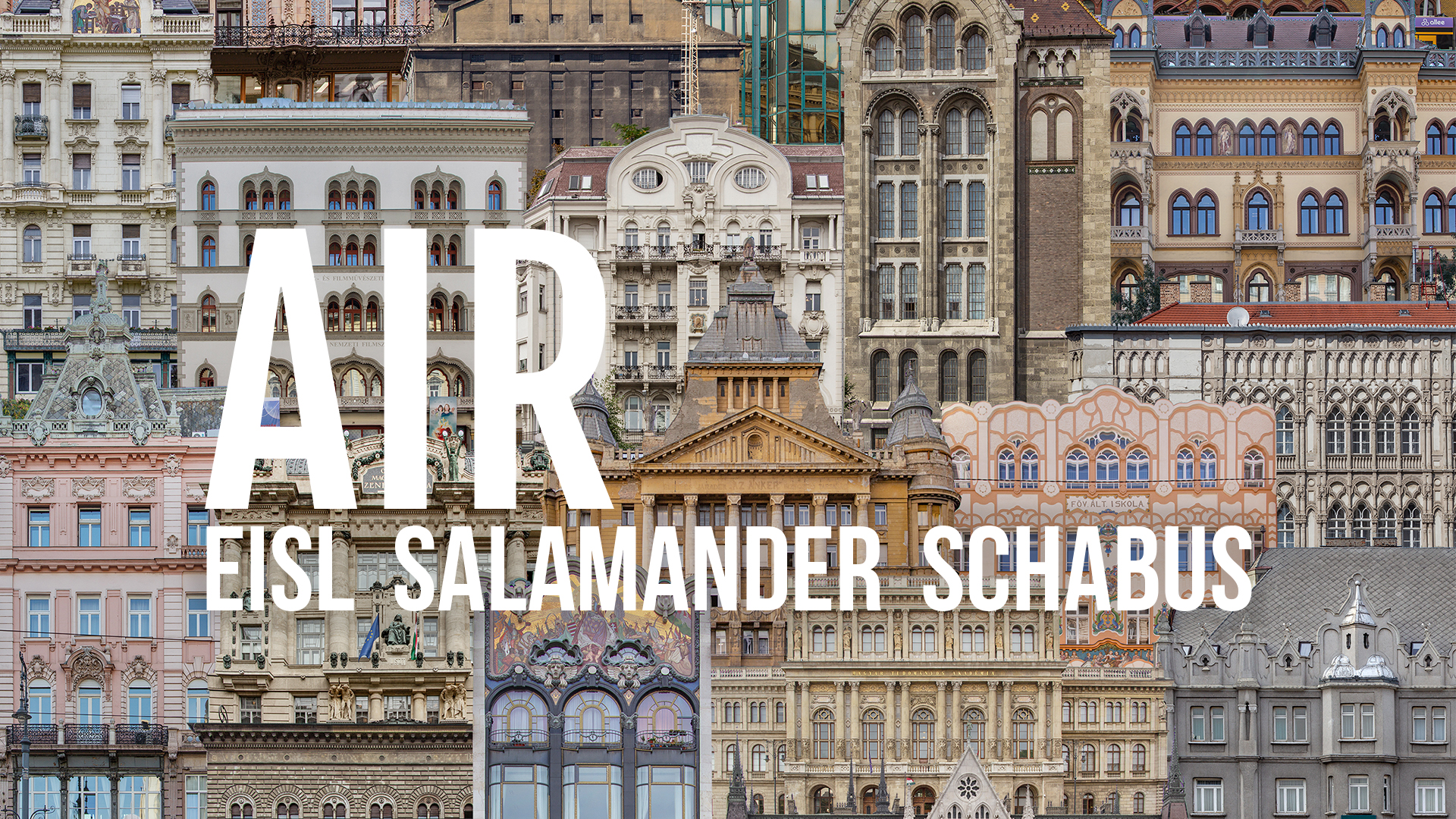 AIR | Eisl Salamander Schabus
David Eisl, Miriam Salamander, Lena Schabus
Venue: Massolit Books and Café, 1072 Budapest, Nagy Diófa u. 30.
Cooperation between Budapest Gallery Artist in Residence and Massolit Books and Café
The Budapest Gallery Artist in Residence Program connects resident artists David Eisl, Miriam Salamander and Lena Schabus, from different cities and countries, to explore and experiment with Budapest. Their group show invites you to see their latest works created during the residency.
The exhibition opening is from 5 – 7 pm on 28 September 2021 with the artists present.
The exhibition is open until 25 October in the opening hours of Massolit Books and Café.
Cover: Lena Schabus
∇∇∇∇∇∇∇∇∇∇∇∇∇∇∇
About the artists:
David EISL
David Eisl’s (1985) works have been shown in international exhibitions and are part of numerous private and public collections such as the Kupferstichkabinett Wien, the Artothek of the Federal Republic of Austria, the Wien Museum, the Province of Salzburg, etc.
He has been invited to Chicago, Beijing and the Cité des Arts Internationale in Paris as an artist in residence, among others, and has received several grants and awards, such as the „Pfann-Ohmann-Award“ or the Sculpture Prize of the Province of Salzburg.
David Eisl’s work is concerned with the politics of representation and the relationships and interactions between vision, projection, perception and deception.
His working method could be understood as a reverse archaeology, in which deeper layers, motifs, and thought patterns often are revealed precisely through obscuring and overlaying.
Miriam SALAMANDER
Miriam Salamander, (1991) is a Munich based artist, specialised in drawing, printmaking and works on paper. She has studied Fine Art Printmaking at the University of Brighton, graduated in 2013. Ever since she has been on various artist in residency programmes and has exhibited internationally.
The core of her practice lies in the imagery of landscape.
Abstracting and repositioning perceived elements of nature, lead her investigation into the conventions of depicting natural spaces and describing compositional coherences.
During her stay at the AIR program of Budapest Galeria, two-dimensional paper works have developed into three-dimensional objects, whereby image components are growing and reaching out into a wider space, opening up a dialog with their surroundings, overcoming defined set borders given.
Lena SCHABUS
Lena Schabus (1990) graduated with a her Master’s degree at the University of Regensburg and was Artist in Residence in the Czech Republic and in France. Schabus was awarded the Julius F. Neumüller grant of the City of Regensburg and has had a studio scholarship at the Foundation of Art and Culture Oswald Zitzelsberger since 2017.
Lena Schabus works with manipulated photographs in which she alter reality by recombining set pieces from different shots, creating fictitious but often deceptively real images. She is fascinated by surreal future scenarios, which often tend towards dystopia: industrial plants, streets, prefabricated buildings, skyscrapers, the urbanization of life. With her works the viewer is stimulated by disruptions and breaks in logic to take a closer look and reflect.